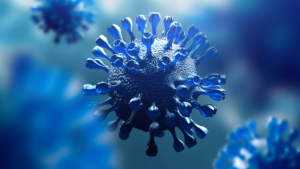 One of the most common questions that healthcare professionals are asked lately, is how can someone tell the difference between COVID-19, the common cold, and flu. While these are all considered respiratory illnesses, there are some differences in the way they are clinically diagnosed, as the symptoms of each illness will also slightly differ while sharing some similarities at the same time.

First, we’ll start with the common cold. Common colds are viral in nature, meaning that there are no antibiotics that will act as a magic cure, and you unfortunately just have to let nature take its course and deal with those aggravating (and sometimes uncomfortable) symptoms, such as nasal congestion and/or runny nose, and a sore throat. While it can be possible to develop a secondary infection as a result of having a cold, such as a sinus or ear infection (which, in this case, will require antibiotics), a common cold is not considered life-threatening and will generally go away on its own after one or two weeks with simple at-home treatment; such as drinking warm liquids (i.e. tea with honey), getting plenty of rest, and avoiding going to work/school when sick. For relief of symptoms such as nasal congestion, you can take an oral decongestant. There are also nasal spray decongestants available, but you should be careful to not use them frequently as overuse can result in rebound congestion.

Then there is the flu (influenza.) Symptoms of the flu include fever and/or chills, fatigue, weakness, body aches and pains, and headache…while it’s also possible to develop symptoms similar to that of a common cold. When it comes to the similarities between having the flu and COVID-19, they are similar in the way in which they are transmitted. For example, both the flu and COVID-19 can be spread from person to person via droplets (which occur as a result of an infected person sneezing, coughing, or even talking in close proximity to someone else, as well as an infected person touching surface, etc.) As for treating the flu, it can also not be cured with antibiotics. Instead, like a cold, treatment is focused on addressing the symptoms present in the patient, such as reducing fever. A vaccination is also available to help prevent you from getting the flu, as well as reduce the severity of symptoms should you still happen to develop the flu.

When it comes to COVID-19, symptoms that are more likely to occur include the following:

In many cases of novel coronavirus, the aforementioned symptoms will be quite mild, while some individuals symptoms may not even be present (also known as being asymptomatic) and therefore they won’t even be aware they have the virus. If you do develop symptoms, even if you don’t think they are severe, it’s still important to self-isolate, as when you pass the virus on to someone else the severity of their symptoms could differ for them significantly from yours, particularly if they are considered high-risk (i.e. have a pre-existing/underlying condition.) In the event that your symptoms are severe, you should call 811 or your family physician’s office. If you develop an extremely high fever or have trouble breathing, you should call 911.