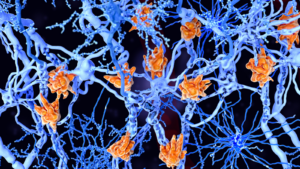 Multiple Sclerosis, also commonly referred to as MS, is a progressive disease that affects the CNS (Central Nervous System.) Canada has one of the highest rates of MS in the world, with as many as 1 in every 385 people affected by it. Typically, MS is diagnosed in individuals between the ages of 20 and 49. However, it can also impact those who are both younger and older.

There is no definitive cause of MS, although scientists believe it to be triggered by a combination of several different factors, with ongoing research being conducted in areas of immunology (the immune system), epidemiology (disease patterns), genetics (genes), as well as infectious agents (viruses.)

Unfortunately, there is no cure for Multiple Sclerosis, therefore it is about managing symptoms. The list of symptoms associated with MS, however, is long, and can include (but may not be limited to) any of the following:

• Problems with balance: Balance problems, including vertigo and dizziness, are some of the most common symptoms that are associated with MS. These symptoms are also often difficult to manage, can be permanent, and even pose a safety risk for things like trips and falls. For individuals with severe balance problems as a result of their MS diagnosis, you may find it beneficial to use the help of a walking aid. Furthermore, getting the advice of an occupational therapist can also be beneficial in helping you identify any potential hazards around the home, as well as things that may get in the way of your daily living. In some cases where the vertigo/dizziness is severe, or if walking problems (also known as gait) worsen or persist, medications like anti-emetics and potassium channel blockers may be prescribed.

• Pain: As many as half of those diagnosed with Multiple Sclerosis will experience pain as one of their primary symptoms and is often caused as a result of damage to the neurons in the brain and spine. MS-related pain can come in a variety of forms, though the most common complaints are aching (or burning-like sensations) in the muscles, joints, and bones. The pain can be managed with a variety of different approaches that include medication (including those used to treat depression as well as anti-convulsant medication), physical therapy, and other home remedies.

• Fatigue: This is another primary symptom (and oftentimes disabling) of MS, affecting up to 70% of individuals who are diagnosed with the disease. Fatigue can also be a secondary symptom of things like depression, other sleep disorders (such as insomnia), or muscle weakness. The best ways to manage fatigue are through energy conservation when necessary, as well as making certain lifestyle changes (such as more exercise), and in some cases, medication.

• Bladder and bowel dysfunction: Symptoms include frequency or urgency to urinate, as well as constipation and/or diarrhea. These symptoms can occur due to interruption of the neural pathways, or due to lesions in the brain or spinal cord causing disruption of the normal bladder process due to interference between the signal transmission of the brain and urinary system. If constipation is the issue, a stool softener can be used for relief. When urinary problems are involved, you may need to take a medication to suppress the flow or urine (or in some cases, medications to promote the flow of urine), as well as medications to suppress or treat urinary tract infections. In some cases a catheter may also be required.

• Cognitive Impairment: This is one of the earliest symptoms that can manifest as a result of MS, affecting as many as 70% of individuals diagnosed with the disease. Some of the most common cognitive issues include memory problems, difficult concentrating, poor attention span, speed of information processing, inability to make important decisions, as well as a decrease in verbal fluency skills. In some cases, medications may be prescribed for cognitive impairment; however, more commonly, patients will be referred for cognitive rehabilitation, which is often done through occupational therapy or with a speech/language pathologist.

• Optic neuritis: Also known as inflammation of the optic nerve, this can be a primary symptom during the early stages of MS, affecting approximately 16% of people. Is characterized by sudden onset of blurred vision or loss of version (usually in one eye) and may also include things like eye pain, flashes of light, and other visual problems. If you do develop eye pain, corticosteroids are sometimes prescribed – though eye issues tend to resolve within 5 weeks. If you find your visual problems persist or worsen, you may need to book an appointment with your optometrist for a complete eye exam, and in some cases may also need to be referred to an ophthalmologist.