Health experts are urging Canadians not to go into panic mode after a dozen of suspected (and 2 confirmed) cases of monkeypox were found in Quebec, with rising cases of the rare infectious disease also being found in the United States and Europe. The virus, which is similar to smallpox, is typically found in areas of Central and West Africa, where individuals are commonly exposed to it through insect bites or scratches from animals. However, with the rising cases in different countries, there is some concern that there may be a wider outbreak happening on a global scale. 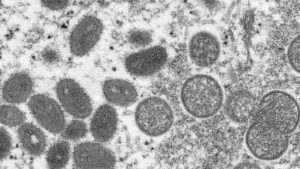 While it is called monkeypox, there are several types of animals that can carry the virus. During an outbreak of monkeypox in the United States in 2003 – the first time in which human monkeypox had been reported outside of Africa – all infected individuals became ill after contact with pet prairie dogs that had been exposed to other infected animals that were imported to Texas from Ghana – including six different types of rodents.

A study conducted following the 2003 outbreak suggested that certain activities associated with animals was more likely to lead to the development of a monkeypox infection, including touching a sick animal or receiving a bite or scratch from an infected animal that broken the skin; in addition to touching the bedding or cleaning the case of an infected animal. In regard to the 2003 outbreak, there were no instances of infection attributed to person-to-person contact. However, human transmission has been seen, and is also thought to spread as a result of skin-to-skin contact (such as sexual activity, although it is important to note that monkeypox is not classified as a sexually transmitted disease), or via aerosols.

Compared to viruses like COVID-19, Canadian health officials say that the current strain of monkeypox is said to not be as contagious in typical social settings, and is instead spread through more prolonged close contact with an infected individual (such as direct contact with respiratory droplets, bodily fluids, or sores.)

Monkeypox typically begins with flu-like symptoms, such as fever and/or chills, headache, fatigue, muscle aches and swollen lymph nodes. Following this, lesions can develop across various parts of the body after approximately 3 days of the infection, including on the face and hands.

The most important thing to do if you have become infected with the virus or were in recent contact with someone who was diagnosed or had any of the aforementioned symptoms – is to self-isolate so that you do not spread it to others. There is no proven treatment for monkeypox, and in some cases it can be deadly for up to 1 in 10 people who do become infected and depending on the strain in which they were infected with. There are also complications that can occur as a result of contracting monkeypox, including things such as sepsis, encephalitis, and bronchopneumonia. That being said, most people will typically heal from the virus within 2 to 4 weeks. There has also been some research that suggests those who have been previously vaccinated against the smallpox virus may also have a certain amount of protection against monkeypox, resulting in less severe illness – although routine vaccination against smallpox was stopped in 1972. In the event that a greater risk arises to the general population, the Public Health Agency of Canada is procuring a stockpile of the smallpox vaccine – including approval of a vaccine from Danish biotech company Bavarian Nordic.