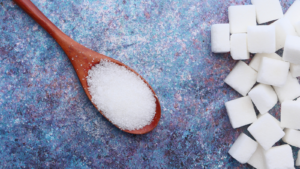 The history of sugar dates back quite some time ago, with the extraction of sugar cane juice from the sugarcane plant and the plant’s domestication in India and Southeast Asia around 4,000 BC. This was followed by the manufacturing of cane sugar granules in Indian in the early centuries AD, leading to the spread of cultivation and manufacturing of cane sugar, as well as development of beet sugar and high-fructose corn syrup.

Interestingly, when sugar was first introduced in the 16th century, it was actually known as a spice, and was only made available to wealthy elites along with other exotic spices such as ginger, cinnamon and saffron – with Naples (Italy) consuming as much as 1,500 tons of sugar each year. Since then, sugar has come a long way and is an ingredient that is now used in various types of food and beverages around the globe. Aside from sweetening things we eat and drink, sugar is also often used as a preservative to stop food from spoiling, in addition to preserving colour and texture, and also inhibits microbial activity which can extend the expiration date of canned goods.

If you find yourself craving sugar, there are many reasons why that can be. For example, if you eat too many processed carbohydrates and don’t have enough healthy fat or protein in your diet. Many sugar cravings will also stem from a blood sugar imbalance. For example, when you ingest sugar, your blood sugar will spike. As a result of this spike, your body will release insulin to bring it back down to a safer level. However, as often happens, if the insulin that your body releases happens to bring your blood sugar level down too low, will then begin to crave sweet foods, and those foods will ultimately cause it to rise again, which can turn into a vicious cycle.

Our basic biology and DNA can also play a role when it comes to craving sugar. Scientific evidence has shown that children have a much stronger preference for sugar compared to adults – meaning that kids may have a “hardwired” sweet tooth. One study conducted by researchers from the Monell Chemical Senses Centre in Philadelphia also found that there was also a correlation between preference for sweets in children, along with evidence that children are more sensitive to things that are bitter in taste. Unlike adults, who tend to find things that are overly sugary to be unpleasant, children live in a different sensory world – and their dislike for sweets doesn’t tend to start to decrease until late adolescence.

When you crave something sweet, your brain can also play a major role. For example, the horseshoe-shaped hippocampus, which is located in your temporal lobe, is responsible for short and long-term memories. When you eat something sweet, the hippocampus enables you to remember the taste of it – and is then responsible for forming habits, both good and bad – such as having the urge to snack, or picking up that sweet treat. Once you give in to a sugar craving and it enters the bloodstream, your dopamine levels rise. This sets off the brain’s pleasure centre, similar to the same feeling you would get if you were addicted to caffeine, pharmaceutical drugs, or alcohol.