Something that has been long known to contribute to a decline in health is sugar. Canadians consume an overwhelming amount of sugar each year – almost 90 pounds worth! On average, males and females between the ages of 9 and 13 consume about 103 to 120 pounds of sugar – a number that increases during teenage years, up to as much as 138 pounds. The primary source of sugar consumption in the younger generation is carbonated soft-drinks. However, it can also be found in other sources such as candy, and even fruits and vegetables. Sure, sugar can taste good, but it is having harmful, even life-threatening effects on our health. 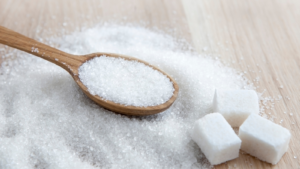 Perhaps one of the reasons why Canadians are consuming so much sugar today is because we don’t actually know how much we’re putting into our bodies. This is why in 2014, Health Canada proposed that changes be made to nutrition labels that would require companies to make it clear as to exactly how much sugar was going into packaged foods in the hope that it would deter individuals from eating unhealthy items and instead want to make healthier choices. The World Health Organization also came up with new guidelines that same year, stating that sugar should make up for less than 10 percent of our energy intake per day, which is a number that has already been far exceeded. They go on to add that if we cut that number in half to 5%, we would reap additional benefits.

Even for individuals who do strive to make healthy food choices, sugar can still be difficult to avoid. This is due in part to sugar being hidden in certain processed foods that aren’t necessarily thought of as “unhealthy” or even sweet. Ketchup, for example, contains as much as 4 grams of sugar in just one tablespoon. Salad dressing, tomato sauce, marinades, processed meats and pretzels also contain sugar. It is even found in some infant formulas.

One of the main reasons why sugar should be avoided is because it contains calories and does not have any essential nutrients. In fact, excessive intake of sugar can actually lead to nutrient deficiencies. Sugar is also high in fructose, which can cause a multitude of health problems. While it may not be an issue if we only consume a small amount (from a fruit, for example) or exercise regularly…if fructose overloads the liver, it is then turned into fat. Sugar can also cause insulin resistance, which causes problems with glucose (blood sugar.) Too much glucose can be toxic, and is one of the biggest reasons for complications from diabetes. Individuals who consume more beverages containing sugar, such as soda, are 85% more likely to develop Type II diabetes. According to multiple studies, sugar has also been thought to contribute to cancer – one of the leading causes of death worldwide – as it feeds cancer cells. In addition to all of these health problems, sugar also leads to cavities, feeds candida (yeast), can lead to osteoporosis, contributes to heart problems and ulcers, can cause arthritis, and promotes the aging of skin.