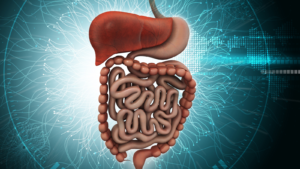 The digestive system is a collection of organs that work together in getting food in and out of your body. These organs include the mouth, salivary glands, esophagus, stomach, gallbladder, pancreas, small intestine, liver, colon, rectum and anus. Symptoms associated with the digestive system include the occasional nausea, upset stomach and heartburn, to more severe, life-threatening disorders. Such disorders usually have unknown causes and are complex with subtle symptoms. While some may be generic, they may also develop due to a number of different factors including fatigue, stress, diet, smoking and alcohol abuse. Diagnostic testing, including laboratory tests, medical imaging and endoscopic procedures may be necessary to diagnose certain disorders.

Below is further insight into some of the common disorders that are associated with the digestive system.

Appendicitis
As written about in a previous article by Dr. Ali Ghahary, appendicitis occurs when the appendix becomes inflamed, resulting in abdominal pain and other symptoms, and can be a life-threatening condition if not treated immediately.

Cirrhosis
Cirrhosis is a chronic disease and potentially life-threatening condition that occurs as a result of scarring, also known as fibrosis, to the liver. The scarring replaces otherwise healthy tissues which then prevents the liver from being able to function normally. Cirrhosis has many possible causes; however, the most common causes include excessive consumption of alcohol and viral hepatitis (mainly hepatitis B and hepatitis C.) Symptoms include edema, fatigue, jaundice, bruising, weight and muscle loss, and frequent infections. Oftentimes, symptoms of cirrhosis will not present until the disease has progressed.

Colitis
Colitis is inflammation of the large intestine that can be caused by chronic infections, impaired blood flow or other inflammatory disorders such as Crohn’s disease. Symptoms of colitis include abdominal pain and/or bloating, bloody stools, dehydration and diarrhea. It can be identified by a colonoscopy.

Colorectal Cancer
This is cancer of the colon, otherwise known as the large intestine which is located in the lower part of the digestive system. In most cases, colorectal cancer begins with small, benign polyps that turn cancerous over time. Because these polyps are usually small, they initially produce very little, if any, symptoms. However, you may notice a change in your bowel habits, have blood stools, persistent cramps and abdominal pain. It is important to go for regular screening as this can dramatically reduce your risk of colorectal cancer, and early detection is also important.