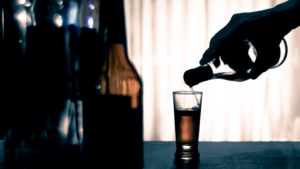 While alcohol is widely popular and considered socially acceptable, it can still have dangerous effects on people’s health. From a physical standpoint, alcohol can lead to dehydration, weight gain, and damage to the internal organs; in addition to having a psychological impact.

When it comes to physical health consequences, the most common is dehydration. Alcohol is a diuretic, which means it causes an increase in urination. This can cause dehydration, which can lead to fatigue, headaches, and other physical symptoms. As the body becomes increasingly dehydrated, it becomes more difficult for the cells to function and for the brain to process information. As a result, people can become weak, dizzy, and even faint. In addition to dehydration, alcohol can cause weight gain. This happens because alcohol is high in calories, but doesn’t provide any nutritional value. As a result, people who drink heavily tend to gain weight over time. This can lead to other health problems, such as high blood pressure, diabetes, and heart disease. Alcohol can also affect the internal organs. The liver is especially vulnerable to damage from alcohol. Over time, heavy drinking can lead to fatty liver disease, cirrhosis, and even liver cancer. The heart is also affected by alcohol, as drinking can increase the risk of heart attack, stroke, and high blood pressure. In addition, heavy drinking can lead to pancreatitis, an inflammation of the pancreas that can be fatal.

When it comes to psychological health consequences, the effects of alcohol can range from mild to severe, depending on the amount of alcohol consumed. At low levels, alcohol can act as a mild sedative, leading to feelings of relaxation and decreased anxiety. At higher levels, it can act as a depressant, leading to feelings of sadness, confusion, and memory impairment. In extreme cases, it can lead to a complete loss of consciousness, with individuals unable to remember what happened or recall events that took place while drinking. Alcohol is also known to have a profound effect on an individual’s mood and behaviour. Studies have shown that alcohol can induce a range of emotions, from relaxed contentment to heightened aggression. This can lead to risk-taking behaviour, such as driving while intoxicated or engaging in dangerous activities, as well as increased impulsivity, decreased inhibitions, and impaired judgment. In extreme cases, alcohol can lead to violent behaviour, impaired decision-making, and even suicide. Long-term alcohol abuse can also lead to profound psychological effects, including depression, anxiety, and even permanent neurological damage.

Alcoholism is a serious problem that affects millions of people around the world. In addition to affecting your health, it can also contribute to relationship issues, financial difficulties, and even cause death. If you or someone you know is struggling with alcohol, it’s important to get help as soon as possible. There are a variety of treatment options available, and it’s important to find the right approach for you. With the right support, it is possible to overcome the challenges of alcoholism and live a healthier, happier life.