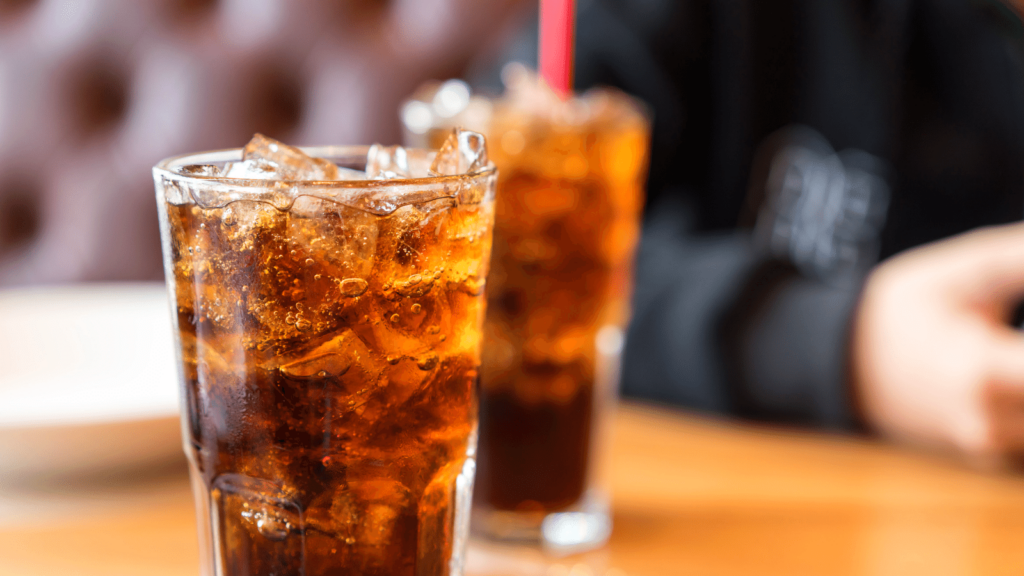 5 years ago, it was estimated that Canadians were purchasing as many as 444 millilitres of sugary beverages per capita – which is equal to one can of soda per person, per day, every day. Among some of the research that was done, it found that younger individuals were particularly drawn to these sweet, carbonated beverages – and these drinks were also found to be the single largest contributor of sugar in the average Canadian diet. It’s also not uncommon for someone who drinks one can of soda to drink as many as 2, 3 or even 4 cans in a day. This is because the soda is created to have just the right amount of caffeine, sweetener, and carbonation, which then triggers the release of the brain chemical known as dopamine which gives you that feeling of euphoria. One review conducted by the United States National Library of Medicine and National Institutes of Health even concluded that drinking soda can be just as, if not more, addictive than illicit drugs such as cocaine, and you ultimately find yourself wanting more of it. There are also many sodas which contain artificial sweeteners as opposed to actual sugar – but don’t let this fool you. It will fool your brain, however, because when you drink a can of soda it triggers your taste receptors which are able to register the sweet flavour and expect to get sugar, but that reward ultimately never comes, which also leads you to drink more of it.

But sugar isn’t the only problem. As mentioned, soda also contains caffeine, which is a stimulant that allows us to feel more awake, alert, and speeds up our thinking process. Similar to sugar, it too can activate the release of dopamine, which also gives it its own addictive-like property, also leading you to want more. When you consume caffeine regularly, your body will also begin to rely on it to increase attentiveness and alertness, and energy – and when you don’t have it, you might start to experience symptoms of withdrawal such as lack of concentration, agitation, and even get headaches or migraines as a result.

Then there’s the fizz factor. Just like sugar and caffeine, carbonation also intensifies that feeling of euphoria you get when drinking soda. But it’s also a trick used to dull the sweet taste by just enough so that you find yourself craving it even more and crack open another can. There’s also the fact that soda is less enjoyed when it loses its carbonation. For example, if you don’t drink a can of soda right away and leave it out sitting, it will lose the fizzy effect, making it less desirable to the taste buds and the brain.

While they’re marketed as being a healthier alternative to regular soda, diet sodas are also just as bad for you – if not worse. While it might offer a brief, short term reprieve in your calorie intake, this isn’t something permanent, and can actually do more harm than good. According to some research, ingesting diet sodas frequently causes an increased desire for high-calorie foods, which puts you at greater risk of gaining weight. Research has also suggested that diet beverages can also change the way the brain reacts to cravings for sweet and high-calorie foods, and cause insulin confusion (including increases in blood glucose levels.) In other words, diet sodas do not do anything in terms of being healthier for you.

Your teeth also won’t be happy if you consume lots of soda, and neither will your dentist. While a dentist might enjoy their field of work, their main goal is to allow you to keep your teeth at their healthiest. The more soda you drink, the less healthy your teeth will be. For example, when you drink soda, it can cause erosion. Erosion is something that occurs when the acids found on sodas come into contact with the outermost protective layer of your teeth known as the tooth enamel. When you drink soda, this surface hardness decreases, which can cause an increase in sensitivity to things like hot, cold, and yes, even sugar. If you find your teeth constantly sensitive to sugar, you may also have developed a cavity as a result of drinking too much soda. When you develop a cavity, this is because the layer underneath the enamel known as the dentin, is damaged, and you will ultimately require fillings when can also sometimes lead to requiring root canals later on if you don’t take care of your teeth.

If you’re craving a sweet beverage, the best thing you can do is create your own – simply by mixing together water and your favourite fruit. While it may not give off the exact same sweet taste as you’re used to with soda or fruit juices, it is a much healthier alternative.